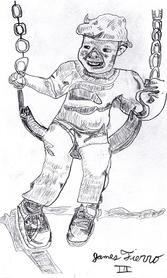 MYTH: Mental illnesses are due to poor parenting and moral weakness.
REALITY: Current research has suggested that the majority of mental illnesses are biologically-based and are treatable. Some mental illnesses have a genetic component. Biological and environmental triggers, not yet fully understood, may precipitate the onset of the illness.

MYTH: People with schizophrenia have a “split personality”.
REALITY: “Split personality” is a popular but incorrect description of schizophrenia, one of the major mental illnesses. Dissociative disorder is a separate and very rare disorder. Schizophrenia is a thought disorder characterized by visual or auditory hallucinations and other symptoms of being “out of touch with reality”.

MYTH: People with a mental illness should be locked up “for their own good”.
REALITY: The mental health system no longer “locks people up” as a treatment. Today, most people are successfully treated in outpatient settings. People with mental illnesses live in the community. Many live with their families while using community support services.

MYTH: It’s okay to discriminate against people with a mental illness because no one can expect you to hire a person with schizophrenia or rent to someone with manic depression.
REALITY: The Americans with Disabilities Act of 1990 provides comprehensive protection against discrimination based on mental or physical disabilities. The employment provision of the ADA took effect July 26, 1992, for all employers with 225 employees or more; in 1994, for 15 employees or more. All Americans, no matter what their disability, are entitled to work opportunities provided they meet job qualifications.  The Fair Housing Amendment Act of 1988 extended protection against discrimination in the sale or rental of housing to people with disabilities.

THE FACTS
Mental illness strikes people of all ages, races and economic backgrounds, whether or not there is a history of mental illness. Possible causes include genetic history, chemical imbalances in the brain and other biological and environmental triggers.  More than 54 million Americans have a mental disorder in any given year, although only one-third seek treatment Late-life depression affects about 6 million adults, only 10 percent ever receive treatment. At least 10 to 20 percent of widows and widowers develop clinically significant depression within one year of their spouse’s death. Older Americans are more likely to commit suicide than any other age group. Although they constitute only 13 percent of the U.S. population, individuals age 65 and older account for 20 percent of all suicides.

One in five children has a diagnosable mental, emotional or behavioral disorder.  And up to one in 10 may suffer from a serious emotional disturbance. Seventy percent of children, however, do not receive mental health services.  Each year, 18 million Americans suffer from clinical depression. About 12 million women in the U.S. experience depression every year, roughly twice the rate of men. Depression is often misunderstood; it is not a passing mood or a personal weakness, but a major medical disorder.

It has been calculated that each year, the economy loses an estimated $44 billion because of clinical depression. More than $17 billion is in time lost from work. A RAND Corporation study found that patients with depressive symptoms spend more days in bed than those with diabetes or arthritis, back problems, lung problems or gastrointestinal disorders.

Depression greatly increases the risk of developing heart disease. People with depression are four times more likely to have a heart attack than those with no history of depression Anxiety disorders (phobia, panic disorder, obsessive-compulsive disorder or posttraumatic stress disorder) affect more than 28 million Americans. Symptoms can be totally disabling.

Schizophrenia, a brain disease characterized by impaired thinking, delusions, and hallucinations, is the most severe and disabling of the mental illnesses. More than 2.5 million people in the U.S. will be affected by schizophrenia, which is five times more common than many of the prevalent physical illnesses affecting Americans. Up to one-half of all visits to primary care physicians are due to conditions that are caused or exacerbated by mental or emotional problems.  However, mental disorders are highly treatable medical illnesses. Hope and help are available. Call your Mental Health Association for resources.